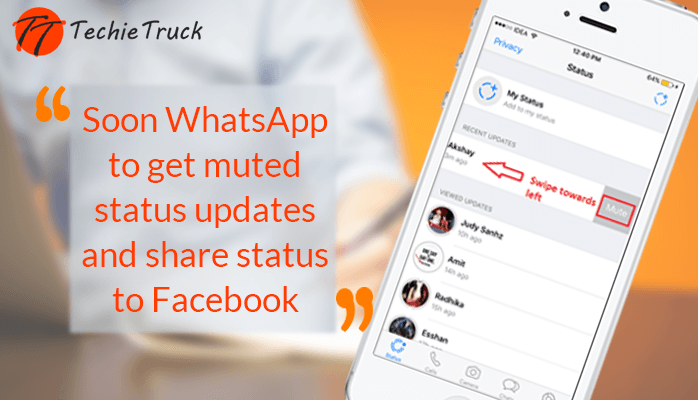 Whatsapp is one of the most popular social messaging apps due to its versatility and dynamic platform.

During last week WhatsApp was working on the feature that would help the user to ensure that they don’t send the images to the wrong person and now Facebook-owned social messaging app ensure that WhatsApp user is not able to see the muted status updates.

So, now the question arises how it works?

Using the hidden muted status update is very easy you just need is to tap on the hide button on the muted update section of the status bar of the app.

In doing so, all muted status updates will get collapsed and hidden. If you want to see those updates again so you have to click on the show updates button.

However, this feature is still in work and it will become available on the beta version of its app.

In addition to this, it is also working on the new feature that will allow the WhatsApp user to share their status updates directly on Facebook.

Basically, this feature focuses on increasing the interoperability among apps on Facebook.

According to the latest report by The Verge,some user of WhatsApp beta app will start seeing this new feature that will allow the user to share their status updates directly to Facebook and the same feature will also allow them to share their WhatsApp status on another app such as Instagram,google photos and Gmail.

7 Google App Used by Criminals to Empty Your Bank Account